Today I read about insecure video conferencing systems made by Polycom, and Googled up a Shodan query to find them. The query was “polycom command shell”.

The results were all video conferencing devices that had open telnet ports, but I ultimately chose one in India that was runnign a webserver as well, so that I could have something more interesting to take pictures of.

I didn’t want to spend a bunch of time figuring out how to look around here so I exited the connection and went to the webserver.

I found pretty quickly that I could make any calls I wanted, see the entire call history, and even, maybe most troublingly, monitor any call in progress. 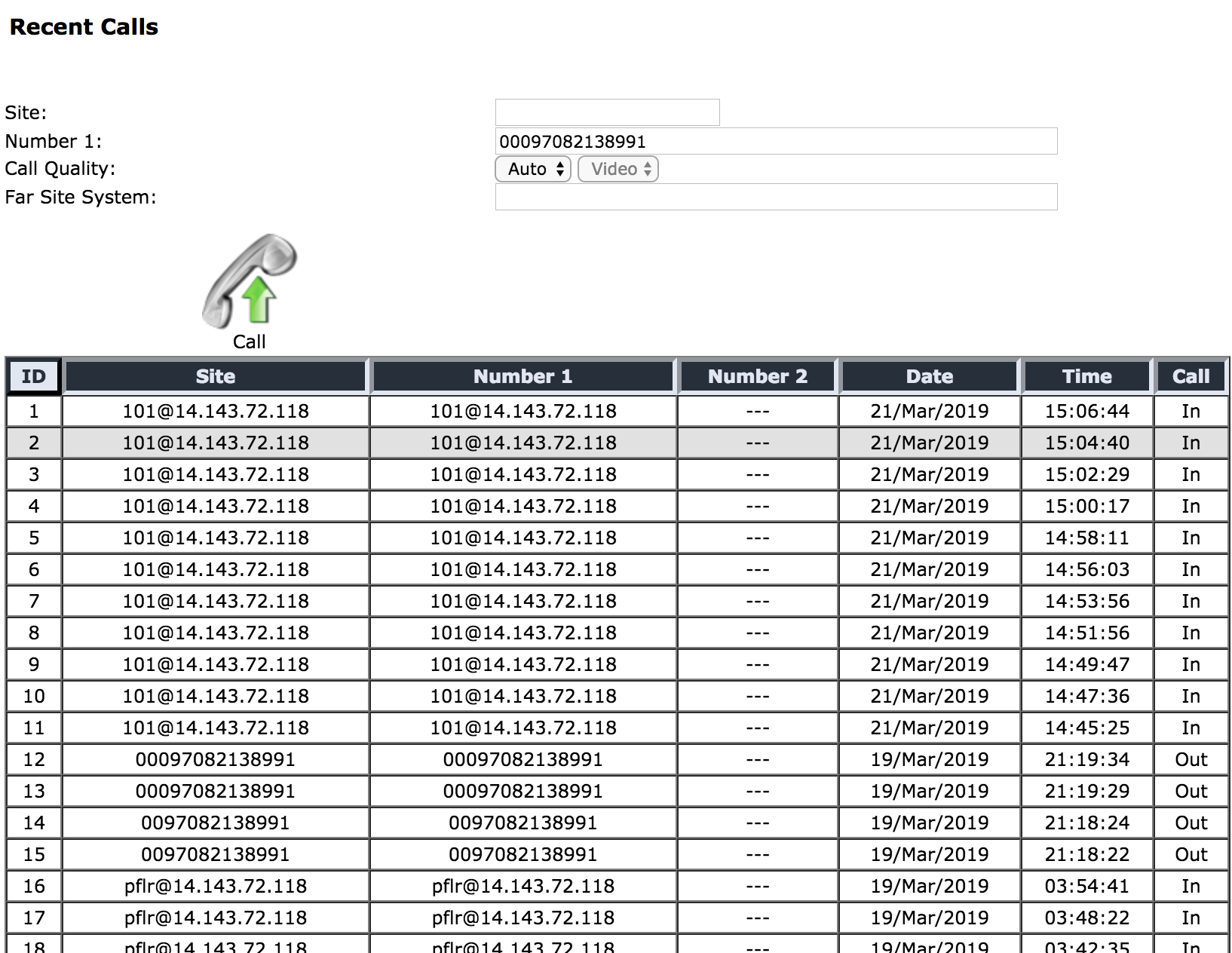 A lot of the calls seemed to be within-network, which made me think that this could be an office’s conference room phone for conference calling, as in my time in offices we’d frequently call a coworker mid-meeting to ask them some questions.

I don’t understand not putting any password or authentication on this kind of system. I took a look at the security settings and it seems like they had chosen to set the security to “minimal”. Why? I can’t image that it was the default.

The last phone number called was an Airtel India phone number, and I was tempted to call it so I could figure out whose phone I was looking at, but it seemed unwise and also too difficult. I hate phone calls. See you tomorrow.