I read this old blog post from 2015 talking about how many internet connected pumps at gas stations were vulnerable to hacking. I wanted to see if anything had really changed in the last four years.

Based on that blog post it seemed that the best thing to search for was “I20100”. I immediately found several thousand results and yes all of them seemed to be accessible. I picked one in Réunion thinking that it would probably be the only time I would find something from there given its tiny population. Following what the blog post indicated I should do, I used netcat to connect to one of the ports and print out a status report from the gauges.

Aha, so I have what seems like an address: 845645 TOTAL CAMELIA BVD DORET ST DENIS. 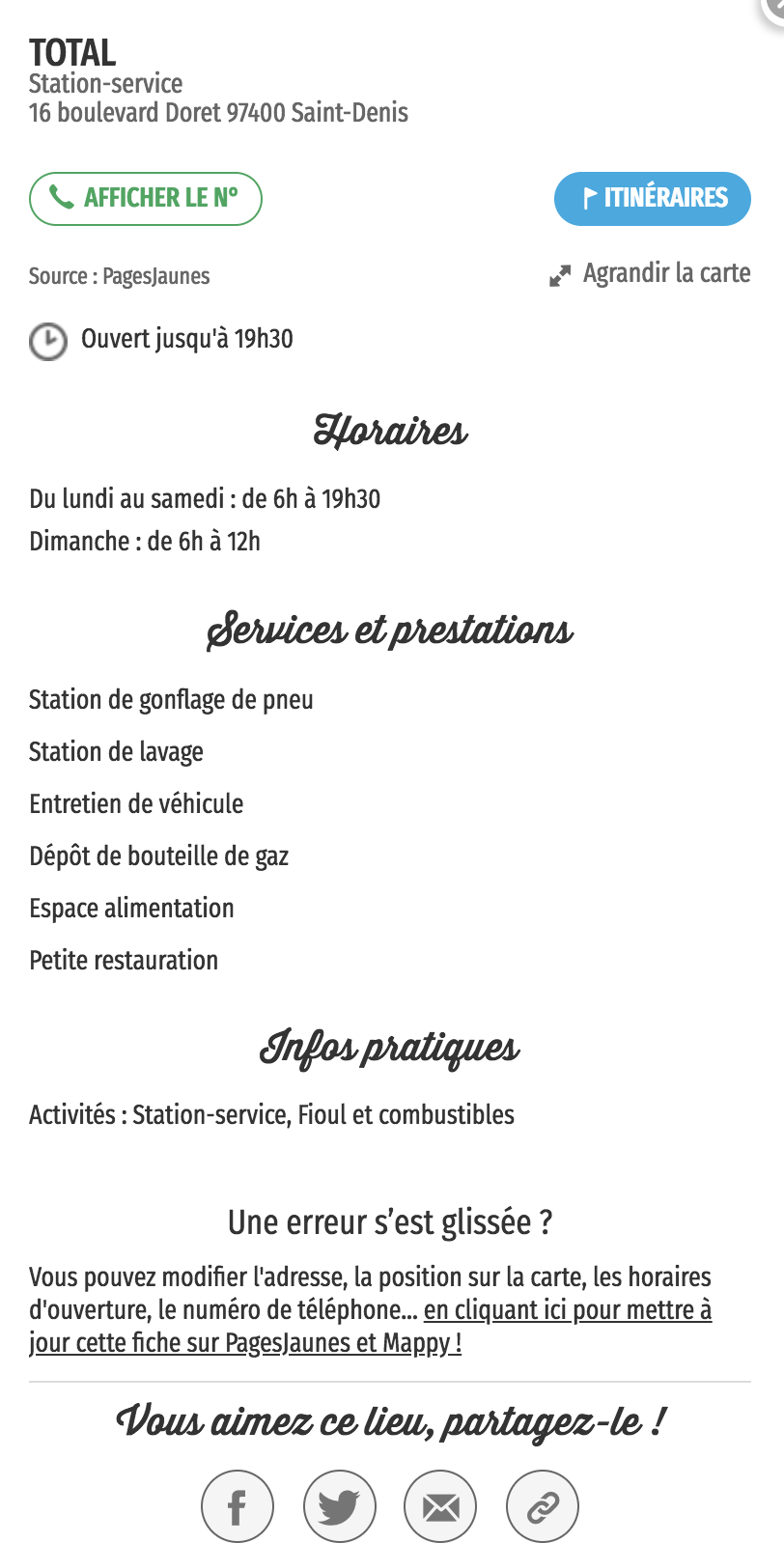 That is indeed an address, though the number is a bit of a red herring, as I now believe it is the internal numbering system for gas pump company in Rénion and other places called Total. As near as I can tell the station is on Blvd. Doret in Saint-Denis, though I still have not been able to figure out what Camelia means..

And here it is! The Google maps car didn’t go down this street, but Total itself had uploaded an image of this location.

Looks like they have an actual deli counter with sandwiches. When was the last time you got sandwiches at a gas station? See you tomorrow.