I saw that someone was searching for quite a few different types of AV receivers today. I decided to look into one of their searches, this one for Yamaha receiver.

I’m not sure what the typical use-case for remote control of an AV receiver is. Maybe if you run a cafe and you want to make sure your untrustworthy employees don’t make the music too loud while you’re out? I’m sure it’s incredibly useful in certain situations, but I can’t think of any off the top of my head. All of the Yamaha ones were running a webserver off port 80, so I picked one in Norway and took a look. 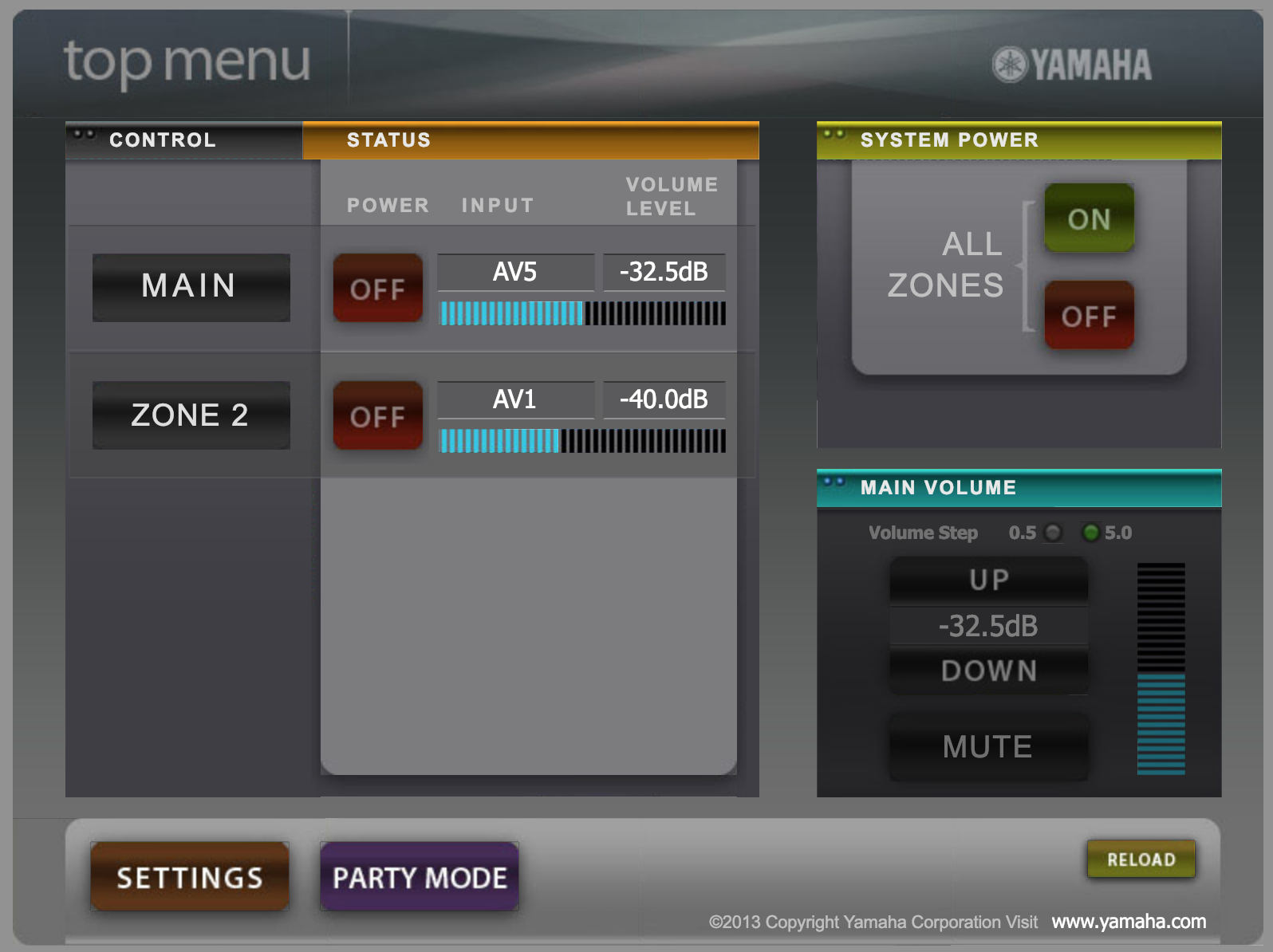 Amazing, I have complete control over the volume. I’m also capable of flipping the “PARTY MODE” switch, likely with dire consequences for the immediate surroundings of this device. I could also turn the device off, but that would probably also cut off my connection. There’s also a settings button. 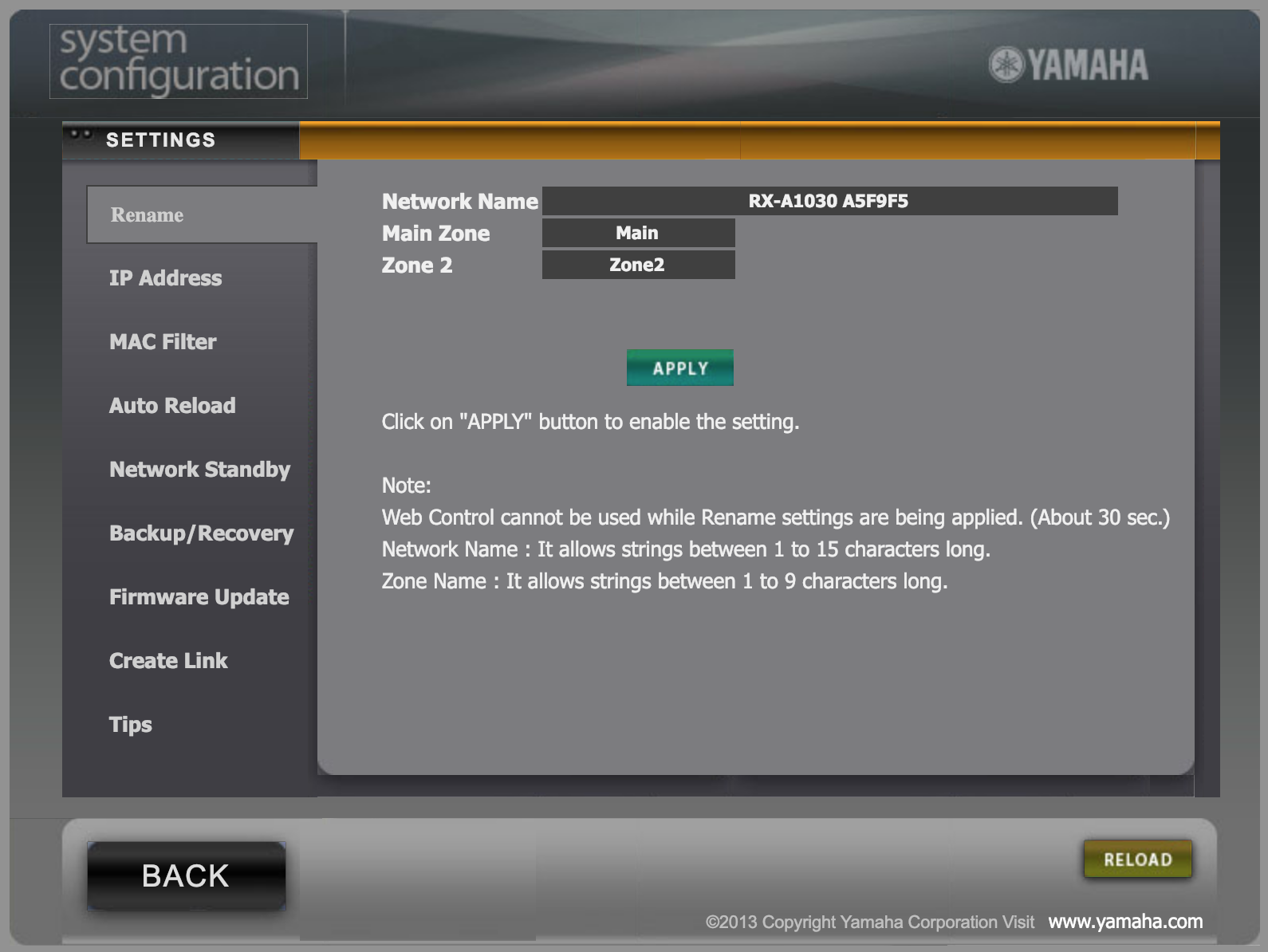 Great, all the goodies. Probably the worst thing someone could do right off the bat is brick it, but if they had a malicious version of the firmware they could install that as well. Looks like this is a RX-A1030 model. 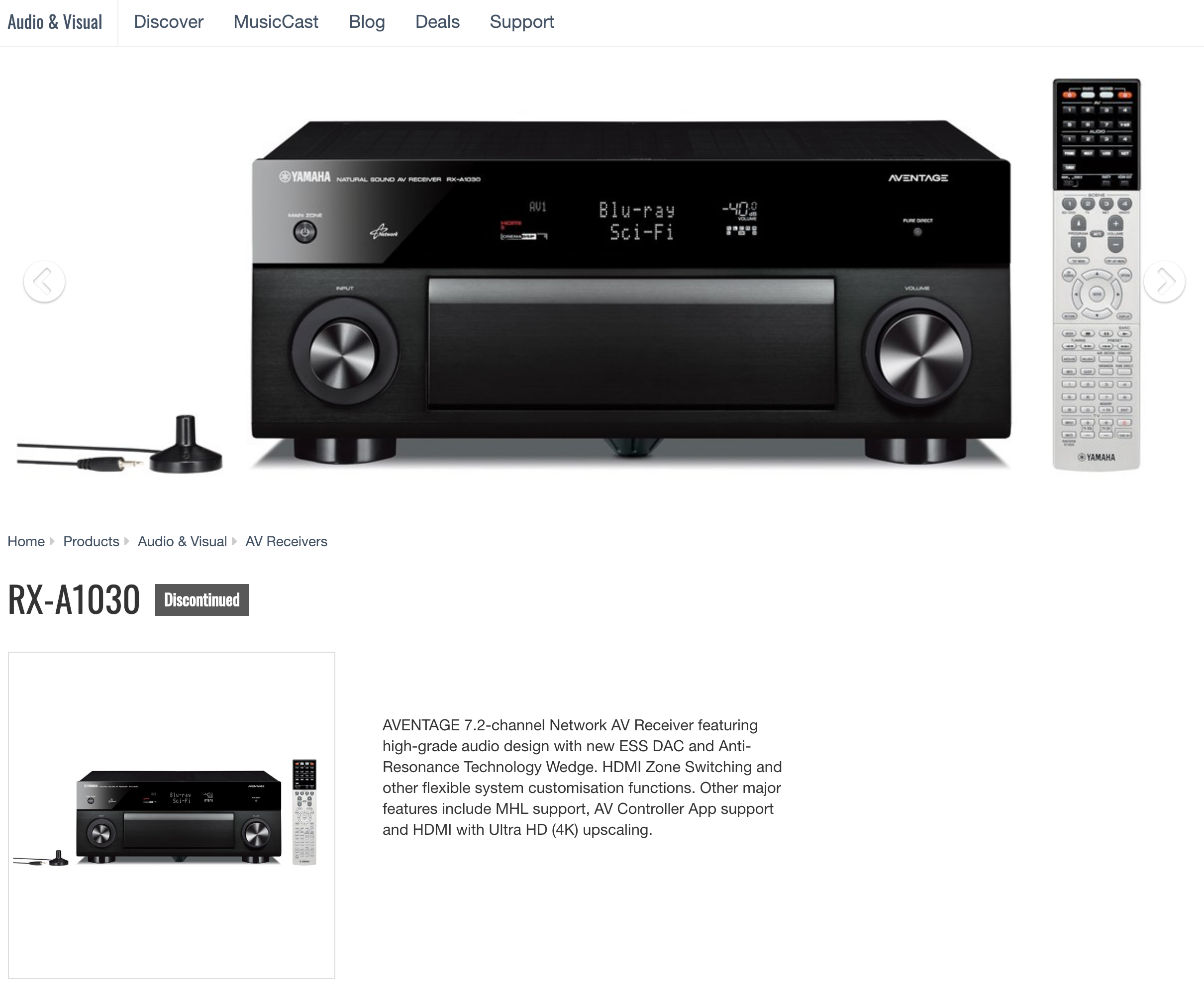 Which is now discontinued. A hymn for those lost, firmware eternally waiting for the next upgrade, never to arrive. I found the user manual, trying to understand why someone would want a device with remote internet control, but it was 150 pages, and I’ve got like a life to live.

I did decide to give it an nmap to see if I could find anything else about it.

1024 is Apple Airplay. That UPnP is open is a little unnerving, and I couldn’t find any reason why the receiver would need that service, though it seems that, based on some forum posts I found, people configure it to talk over that port to connect to their media servers. Risky when you’re putting that all over the internet! 50000 is a mystery, probably not one worth solving.

Delightfully 8080 is a webserver running a single, beautiful page.

PRESENTATION PAGE. Completely blank other than that.

If only all websites were so well thought out. See you tomorrow.